You are here: Home / Podcast / More Time To Write 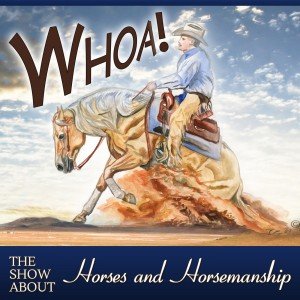 Now that I’ve slowed down the podcast production, I hope to have more time to write.  Yeah, I know.  That’s what all writers say.  Whether more writing occurs remains to be seen.  But, I will have more “time” to write.

I had set a goal to produce one podcast a week, every week in 2017.  That may not sound like much.  Producing a 40-minute show is me.  One guy.  One guy setting up the interviews, doing the research, recording the conversations, editing the conversations and publishing them.  Then, there was the social media, the website, and a bunch of little things to produce and maintain.  I did it every week for over a year.

My hope was to build a listener-ship and generate some ad revenue.  It didn’t happen.  It takes a minimum of 20,00 downloads a month to even think about ad revenue.  While we came close a couple of months, we simply could not get over the hump.  I could list off a litany of reasons why we didn’t draw more listeners, but after five years of production, it comes down to one thing – compelling content.  Well, I should say, lack of compelling content.  And, that could be because I cast my net too wide.  We talked about all aspects of horse ownership.  Our topic list was broad, everything from Mustangs to working equitation.  The things I wanted to know more about were the things I knew little about.  Yes, I used the show for my own education.

For the most part, podcasting was fun.  The difficulty in finding guests, guests that could talk, and guests that would draw listeners was a challenge.  Many of my guests came on the show as a favor.  Some had something to promote, but most left the promotion to me.

To top it off, the horse world almost takes pride in avoiding technology.  It takes jumping a few hurdles to get a podcast.  (It’s easier now than it was when we began in 2012, but it is still a challenge.)  This will change as a new generation of horses owners grow up with the technology.  I don’t have time to wait.

Besides my inexperience as an “on-air” talent, I lack networking skills.  None of my horse friends wanted to join me on the podcast.  I thought it was enough to be able to rub elbows with talented trainers and horsemen, travel, and explore the horse industry.  Thinking back, perhaps it would have been better to have “revenue generation” as a goal too.  When I talked to friends about joining the podcast, their first question was, “Is there any money in it?”

In their defense, their horse knowledge was already way above mine, so their need to learn was not nearly the motivator as it was for me.

Still, I need to get better at networking.

It’s Not the End

By announcing the end of weekly production I have more free time to write.  I can still produce shows and call myself a podcaster.

I’m working on one right now.  I’m taking a different approach.  More editing is involved, but my hope is to have a better product.  One with more compelling content.  It’s probably too late to get more listeners, but I’ll have more fun.

What to write about?  I’ve tried my hand at fiction.  Making stuff up that’s believable is even more difficult than podcasting.  I may give it a try again.  For now, I think I’ll attempt at putting down my thoughts about health and living.  I owned and operated a health food store for thirty years.  That’s where I have my 10,000 hours as Malcolm Gladwell would say.

Look for it in the coming weeks.  If you have a question, leave it in the comments section.  I could use it for inspiration.  I may need it.