You are here: Home / My Blog - The Mechanical Pencil / Mother Nature is Cruel

Mother Nature is amazing in the things she does well.  She figured out how to let the chameleon change color to protect itself.  She puts white on the back of bobcat ears so predators think they are seeing a face with eyes instead of a back of the head.  Female horses stop ovulating in the winter so their babies, who are born precocious, will enter the world in spring when the grass is rich and plentiful.

When Mother Nature misses, she misses big time.  Take for example the eating requirements of husband and wives.  My wife, Ranae, and I have been married for 35 years.  I do most of the cooking now simply because I enjoy it.  It’s often difficult preparing food for just two people.  The thought of leftovers doesn’t appeal to me, although I’ve come to accept it. 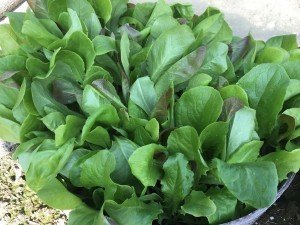 I seem to be able to stuff my gullet without increasing my overall weight.  On the other hand, I can get so involved in a project that I’ll postpone eating for hours.  I simply forget.  Ranae gets cranky (good thing she doesn’t read these).

Ranae’s caloric requirement are so much less than mine.  We have similar activity levels, yet I need so much more food than she.  If she doesn’t watch her intake carefully she is penalized unfairly by Ma Nature.  I would have thought the girls would have bonded a little closer over this issue.  Maybe she did try to do something, but it backfired.  Maybe when women reached menopause they were suppose to burn more calories and Mother Nature just screwed up.

While we owned the health food store this was a common problem in the Hispanic community.  A Hispanic man would come in because his doctor told him he was too fat and at risk for diabetes.  My suggestion would straightforward; cut back on portions and lay of the sweets.  His response most often was that his wife would be offended if he didn’t not eat.  She would spend a good part of the day preparing the meal and his job was to consume.  Quite often he found his way into eating himself into gout, arthritis, and obesity.

While it was most obvious in the Hispanic community, I think the problem is universal.  The problem is that the person preparing the meal gets their feelings hurt when the food is not eaten.  Add this to the trend in restaurants to increase portion size and it’s no wonder America is having to loosen its belt.

As we near the end of Winter, Ranae has made it known I have to prepare less food.  My mother is rolling in her grave while Mother Nature sprouts all sorts of wonderful delights in our garden.